David Spencer Jr., M.D., expressed his pleasure when he recently had a reunion with the Trosclair family. During their gathering, Shannon Nicole Martin Trosclair looked toward Spencer and whispered in the ear of her 8-month-old daughter, Skylyn, “You wouldn’t be here without him.” Skylyn’s father, Brandon Trosclair, nodded in agreement. Spencer is a urologist with South Mississippi Urology. He did vasectomy reversal surgery on Brandon, and made it possible for the 38-year-old man to have children again. 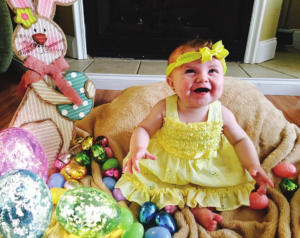 “I was very nervous at first, thinking it wouldn’t work. Then, what do you know, I have Skylyn and she’s already trying to walk and says ‘DaDa,’” Brandon said.
Brandon has a daughter, 12, and a son, 10, from his first marriage. He had a vasectomy performed several years ago because of health problems his first wife had.
“I had wanted three children, but there was a health issue with my wife, and I already had two healthy children. I was done at that point,” he said.
A vasectomy is a surgical procedure for male sterilization or permanent contraception. 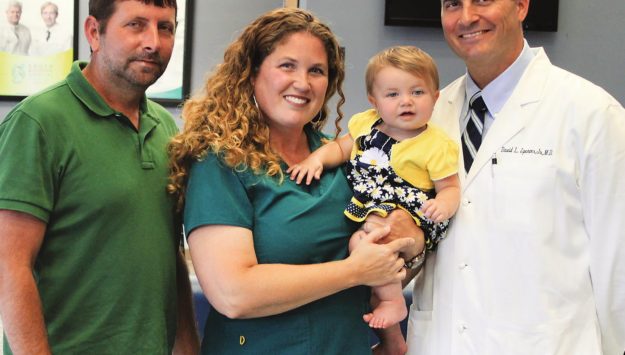 Brandon and his first wife divorced. He started dating Shannon, 37. They had known each other as students at St. Martin High School. She was recently divorced with 9-year-old and 13-year-old sons. The couple has been together for about three years now.
“Brandon had two children and I had two children. We wanted another child,” Shannon said.
That’s when Brandon took the big step to undergo a vasectomy reversal which is a surgical procedure that reconnects the male reproductive tract after interruption by a vasectomy.

“A vasectomy is meant to be permanent. Doing a vasectomy reversal, in the best of hands, you are looking at 80 percent chance of actually having sperm in the semen afterwards,” Spencer said. “But chances of paternity actually can be as low as 50 percent or lower. There are female factors involved as well.”
The Trosclairs were good candidates for the procedure because of age, fertility factors and it was less than 10 years since Brandon’s vasectomy.
“Dr. Spencer was very good and very confident. It takes a lot for me to go to a doctor because I’m a healthy person, but I wanted to give this a shot,” Brandon said. 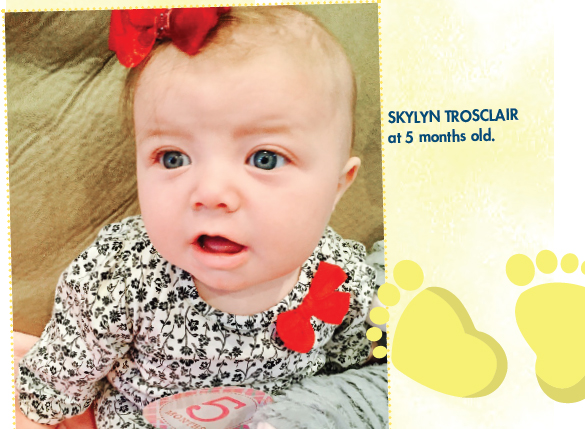 The vasectomy reversal procedure is a sub-specialty that Spencer does. “It’s done under intense magnification because I have to use extremely small sutures, about the size of your eyelash. It is a fairly tedious operation, but well worth it,” he said.
The outpatient procedure is usually done at one of the area surgery centers to keep costs down for the patient.
Brandon said he missed little time from work as a contractor after the procedure, and within six months, Spencer told him, “I had swimmers and was good to go.” That was about the time that Shannon discovered she was pregnant.
“She came to my work and told me the news. It was like ‘whoa’ for me. I had tears in my eyes,” Brandon said. “I carried Skylyn with no problems. We call her our miracle baby. Brandon went through the reversal, and at first I was having twins, but one didn’t make it. But Skylyn stayed through the end,” Shannon said.
As a urologist, Spencer said he sees patients with serious health issues that result in various outcomes.
“It was fun, and great to see a couple who were really happy with the outcome,” he said.
The board certified urologists at South Mississippi Urology can see men, women and children at three locations. They use state-of-the-art diagnostic equipment and advance treatment techniques including robot assisted technology and laparoscopic and minimally invasive procedures.
“Make an appointment and come talk to us. It’s different for each person, so please come talk to us about what is best,” Spencer said. 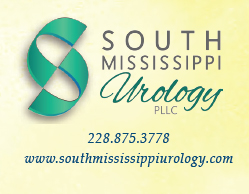 This entry was posted in Uncategorized. Bookmark the permalink.
← Advances in robotic technology in the Singing River Health system.

Awesome. I have it.

Your couch. It is mine.

Im a cool paragraph that lives inside of an even cooler modal. Wins